HOW WOULD YOU KNOW IF YOU ARE ON YOUR OWN TIMELINE?

When I was younger, I always thought that life proceeds in a linear way. I go to school, graduate, get a job, fall in love, get married, and eventually raise a family. Years went by, and I realized it doesn’t really work that way. In fact, I learned that life doesn’t follow a set timeline nor chronological order. I was so sure about what I was going to do at age 27, but I changed my mind when I turned 21.

In today’s fast-paced world, we all seem to be in a hurry. We get disappointed when things don’t happen our way or when results are not achieved in an instant. With all access to social media, it is easy to compare our progress to others who appear to have all things life has to offer. We silently scroll through our news feed while viewing everyone’s highlighted reel that they chose to show the world. And unconsciously, we get lost in this idea that we aren’t where we are supposed to be.

Did you ever wonder why that magical event hasn’t happened to you yet?
Or when will you ever experience the kind of life that your online friend has?

And I know, time and again, there are going to be days that challenge you, feelings that discourage you, and thoughts that work against you. Simply because you compare yourself to others. But at the end of the day, making the choice to live your life as it happens is the best decision you will ever make. No matter where you are in your timeline, keep going.

A year after, I won first prize for a Spelling Bee contest.

At 12 years old, I graduated Salutatorian.

During my first year in high school, I ranked number one in our entire batch. But I hated the attention. Too much attention was killing me. Or maybe it’s the pressure. So, I had to lay low.

The year after, I’m no longer our batch’s Rank 1, but I still remained in the Honor Roll. I was happy that way. In fact, I couldn’t feel any happier and normal.

I was 16 when I graduated from a public high school and went to a private university as a regular student.

One semester after, I qualified for an academic scholarship. I became more motivated to study harder. But that didn’t last long.

Because at age 19, I had to face a financial difficulty. I needed to halt pursuing my college education, and started working in the corporate world, to help out my family.

At 21, I resigned from my first job and started looking for another. A month after, I got an offer from a competing company.

At 22, I got promoted as a supervisor, just a few months after I bought a house and lot through a housing loan.

At 24, I enrolled as a returnee to the same course at the university after five years of hiatus, pursuing the two years left to obtain that bachelor’s degree. It was the most challenging two years of my life: being a full-time working student and occasionally, an academic scholar.

Still at age 26, I experienced, by far, the most heartbreaking moment of my life. That’s when I decided to quit. Twice. First, from an almost six-year relationship.

And second, when I turned 27, from my job of almost six years. I quit not because I was weak. But because I knew I was strong and confident enough to know my worth and move forward.

The same year, I took my chance to work overseas. I had to start from scratch again. But this time, I was more confident. And I definitely knew what I want. I wanted to travel more, to meet new people, to see more of life, culture, and traditions. I wanted to expand my horizon. I wanted to see the world with my own eyes.

Still at 27, I started traveling to neighboring Southeast Asian countries. And I was just starting to plan it all.

But as playful as fate could get, I became a single mother at 28.

Now at 29, I am more than blessed to have an adorable one-year-old daughter.

This year, I’m turning 30, and my burning passion to travel and see the world remains the same.

THIS is my timeline.

You see, this wasn’t exactly how I pictured my life events to be several years ago when I was still daydreaming as a child. And honestly, a lot of them didn’t go as planned. But this is my timeline. Early on, I already accepted the fact that this is how He wanted my timeline to turn out. And I’m taking my time as it is.

I realized that I can only control as much. That there are so many possibilities and opportunities awaiting my actions if only I just stop worrying over something that is out of my control.

I don’t want to pressure myself to do this or that just because someone my age is doing it. I’m doing it because that’s what I wanted to do. I can feel happiness and self-fulfillment when I do so.

The way I’m living my life may cause others to raise their eyebrows. Others may even say that since I am now a mother, I should stop chasing for my dreams and start focusing on my kid’s. Well, guess what? Your unsolicited opinions are very much appreciated. I know you mean well, but I beg to differ.

In fact, the more that I have to chase them now. The more that I have to be a role model and show my kid that it’s never too late to pursue your dreams no matter how long it takes. And in case you haven’t figured it out yet, I am at the point of no return. There’s no other way but to move forward.

I am at that point of my life where I no longer give a single damn to what others will say about me. More so with my parenting skills. Sure, you can give your two cents, thank you. Believe me, I only want the best for my kid.

So, can you blame me if I’m fine with cutting ties to people that I once thought care about me but actually don’t? Can you blame me if I chose to do things alone rather than do it with someone who I think will just drag me to my misery?

I always claim to be a strong, independent woman. But that doesn’t mean I don’t have vulnerabilities. And you know what? Being vulnerable is perfectly fine as long as you know how to pick yourself up and get back on your feet again.

Age is just a number. It’s not a marker of success. And you are not a ticking time bomb.

Even before having a kid, I never thought of myself as a ticking time bomb.

So, if you think you’re running out of time or you’re feeling the pressure to do something just because your peers are, or your relatives kept on telling you what to do, or worst, you think you’re getting old which is inevitable, ask yourself first: Is this really what I want? Or is this what they’ve expected of me?

Correct me if I’m wrong, but in my almost three decades of existence, I’ve never seen two relationships, lives, or journeys that are the same. Not even with siblings, twins, or best of friends. What works for some may not work for others.

So what if you got married first before you finish your studies? Does that make you less of a person?

And that woman who got pregnant first before walking the aisle, was she doing it wrong at this point in her life?

Does it necessarily mean that being an undergraduate is equivalent to achieving less in life? Or is being a degree holder ensures a better future?

The short answer is no. And no matter how stereotypical life can get, you can’t tell it for sure. No one can.

I’m not saying that you should stop schooling now and get pregnant instead because this world is nothing but a black hole of uncertainties. What I’m saying is, everything in life happens according to our time. Our own clock. Our own time zones.

The Almighty Creator has a different plan for everybody. Time is the difference.

You may look at some of your friends and think that they’re ahead of you. Maybe some might seem behind you, or so you thought. But everything happens at their own pace. They have their own time zones and so do you. Be patient. Don’t let anyone rush you with their timelines.

Now, let’s go back to the original question. How would you know if you are on your own timeline?

Simple. If you pay less attention about the deadlines, and more attention to the quality of your life and your happiness without comparing your life to others, that’s when you truly are living on your own timeline. It sounds simple yet a little less complicated for others. I can’t blame you. I was in the same situation before. But I learned to embrace the fact that life has a lot more to offer if only I will let it unfold right before my eyes. No “buts” nor “what ifs.” Just sprinkle it with a little pinch of carpe diem.

So, if you think you are going nowhere in your life, always remember this: We all have our own timeline. And I hope that you’re following yours, not someone else’s. And while you’re at it, create a meaningful and fulfilling life for yourself. And use that to make an impact and difference in the lives of others. That, my friend, will be a true success.

“You can be a good mother and still follow your dreams. You totally can, if you so desire.”

“If you don’t get out of the box you’ve been raised in, you won’t understand how much bigger the world is.” 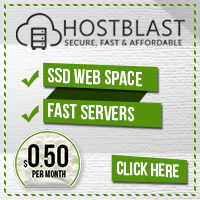